It is popular to assume that nefarious forces are at work when our government does things that we strongly disagree with. This conviction holds true across the spectrum of political ideologies. But I’m convinced that most people in government have good intentions. Which brings to mind an old saying, something about how the road to hell was paved…

Anyway, things like government are almost always more complicated than most people seem to realize. So perhaps those who critique the size of our government have a point. Maybe we live in a world where things have gotten too complex for us to grasp the big picture, or even a smaller component part of it.

But I never believed that one must be evil in order to do evil things.

Data visualization is a fascinating thing. It can enhance our understanding of reality by modeling incredibly complicated things in a manner that makes them “touchable” or “graspable”. 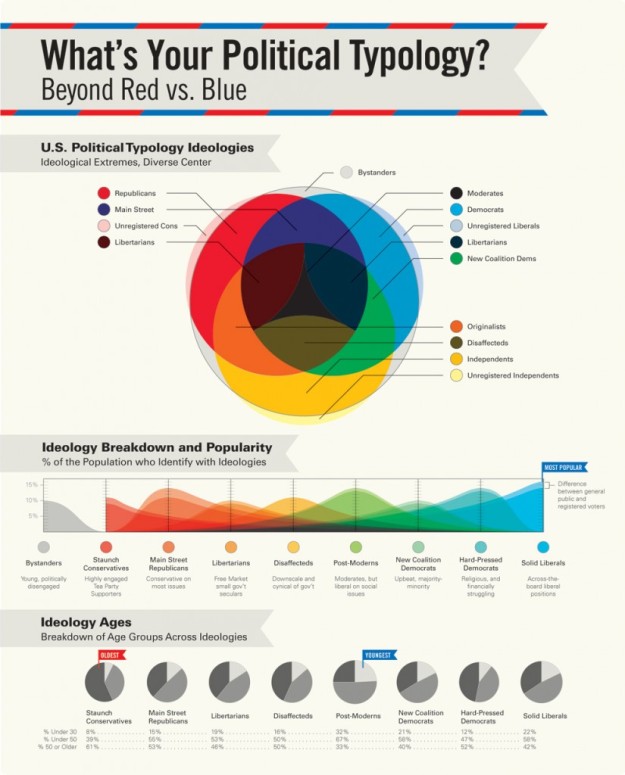 There are different types of data visualization, a fact that corresponds precisely to one of my favorite themes:

1) reality is an incredibly complicated thing, and faceted like a gemstone;

2) we are only able to apprehend/comprehend one facet at any given moment of awareness;

3) if we make the effort to understand all of the various facets, one by one, that we can begin to have an intuitve grasp of the larger and more complex structures of meaning and connection that lay underneath the surface of our day-to-day realities.

I’ve proferred a simplistic model, to be sure, but this article does a very nice job of showing how data visualization is being used to understand 3-dimensional levels of complexity that are almost too much for our brains to handle. I like it when we use our IT tools to understand the facts better, rather than distort and lie and sell crap to people who aren’t paying proper attention.

I don’t know anybody who has had good luck with their tomatoes this year. We’ve had too much rain and too little sun. I’ve purchased some good (but expensive) heirloom tomatoes at the Athens Farmer’s Market, but even those skilled and friendly farmers have had a tough time this year. All the rain encourages various “wilts” and other nasty diseases.

And it turns out that rabbits like tomato seedlings, though not as much as they seem to like sunflower seedlings.

It’s all been very disappointing.

But I’m going to set out some cruciferous vegetables in the raised beds this fall, some broccoli and cabbage and maybe a few Brussels sprouts stalks because Jonah will get a kick out of how weird they look. I’ll have to read up on winter gardening, having never done that sort of thing before. And I do wonder if all this daily rain is going to continue into the cold season.

I’ve never seen so much rain in the summertime. But I guess we were told this is how it would be…

No, not away from anything. And certainly not in place.

I run because it makes me feel good. Really good.

Somebody I know once said that running is like washing your brain.

Endorphins are a really nice high. Your body releases them into your bloodstream to reward you for doing something to make yourself healthier. It’s a good deal, and one I advise you to take. There are no sure bets when it comes to physical health. But there are ways to gain clear, clean advantages.

It’s a game of numbers, of percentages. In Vegas, you count cards and remain expressionless. In life, you eat right, exercise, try to get enough sleep, and attempt to maintain a positive attitude.

All of which, of course, is easier said than done.

But I heartily embrace my daily opportunity to increase my odds of living better and longer and happier. It only takes 2 or 3 miles a day, maybe 30-40 minutes at a slow jog. I do it every morning, whatever the time of year. 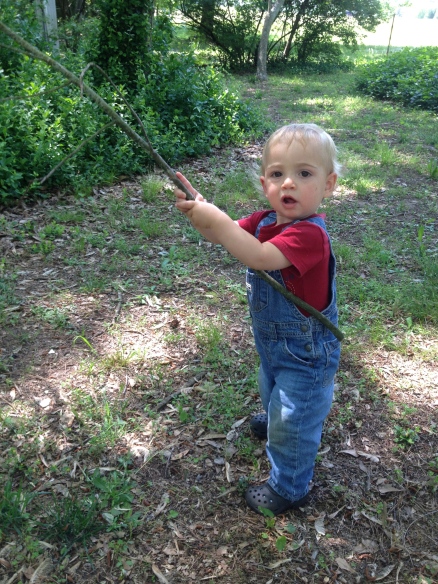 Jonah says: “Come on outside. There’s lots of nice sticks to play with. It’s real nice.”

Kitschy and slightly gimmicky, but cleverly crafted and carefully timed to ride the coattails of both the Apollo 11 moon landing and Stanley Kubrick’s “2001: A Space Odyssey” (and nodding as well at the psychedelic fads of the era), David Bowie’s “Space Oddity” was originally created to jump-start a seemingly stillborn career.

Canadian astronaut Chris Hadfield was recently filmed singing the song aboard the International Space Station (ISS),  during what was probably his last trip to space. Hadfield’s version of the song is poignant and sweet, sung against the shining backdrop of the planet he will soon return to, never to leave again. You can see in his eyes that he’ll miss it up there.

David Bowie never had very many poignant moments, at least not in a recording studio. So it’s strange that one of his most careerist and cynical musical efforts should be rendered so touching by being sung by a real astronaut on a real space mission. Hadfield does a good job of singing it, and the backing tracks are well-played, but the recording would not be quite good enough to garner our collective attention if it weren’t for the fact that he sang it in space, floating in the gravity-free confinement of a high-tech tin can with superbly good views out the window.

It seems like space is not so important to us anymore. I’m not sure why. When I was young, I dreamed of going to space. Many kids did. Back then, NASA was a very big deal, and the men who went to space were more than heroes: they were almost god-like. The screening process that ended with so very few being chosen was rigorous and exacting, and the men who soared out of Earth’s atmosphere were branded forever, known for the rest of their lives for their association with something special, audacious, and magical.

Becoming an astronaut still requires a staggering amount of discipline and determination. One is not surprised to find that one of Commander Hadfield’s crew mates aboard the ISS is a Navy Seal. That’s the sort of person we hurl into space. It’s just expected that these people are the brightest and hardiest of us all.

One has a difficult time imagining a man like Neil Armstrong singing a mournful pop song made famous by some decadent rock ‘n’ roll androgyne, much less recording himself in the act and then broadcasting it to everyone down on Earth.

David Bowie could never have been an astronaut. He was far too artsy and willful for that sort of thing. I bet he dreamed of it, though, when he was still young. He wrote a song about it, after all.

And Commander Hadfield could never have been a rock star. He doesn’t have that sort of charisma, nor does he have that sort of voice. Few of us do. But look at what he actually did do: he went to space in a rocket ship, several times. He looked out his window and gazed at our planet from hundreds of miles away. Not many of us alive today will ever do that. 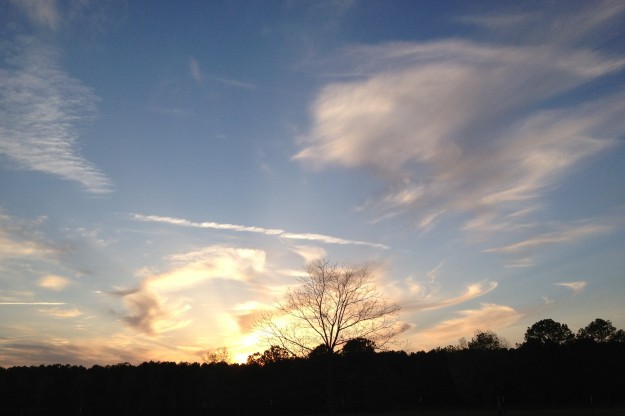